Now supplied with UNI-RX firmware for a much improved owner experience. You can read a bit more about UNI-RX here.

An upgraded version based on the RX8R receiver, it has all the same features including redundancy. The Pro version has higher precision and lower latency. It’s deviation of PWM is reduced to 0.5us, and the delay of PWM output is 9ms less than that of the X8R in high speed mode. A feature that deserves mention is the decreased effect of interference caused by the ignition process.

All Carbon airframes (quads, planes, helis, you name it) are notoriously difficult for 2.4Ghz signals to penetrate. Having a satellite receiver thoughtfully placed in another area of the aircraft that is not made of carbon or by using protruding antennas that are at 90°adjacent to the master receivers antennas can improve signal reception and provide redundancy.

FPV pilots can benefit as well. The 5.8Ghz video transmitters onboard FPV ships can really wreak havoc on incoming 2.4 signals but by placing a satellite (slave receiver) as far away from the video transmitter as possible, control signal interference can be mitigated if not eliminated.

It can also work in "D8 Mode to work with the DHT, DJT, DFT and DHT-U transmitter modules. In this mode you have 8 channels.

NOTE: It is a good idea to keep the battery source over 6 volts on this receiver following some testing of a possible brownout condition at lower voltages. If possible, use of a 2S Lipo is a good idea, please make sure your servos can handle this high a voltage. More info can be found here 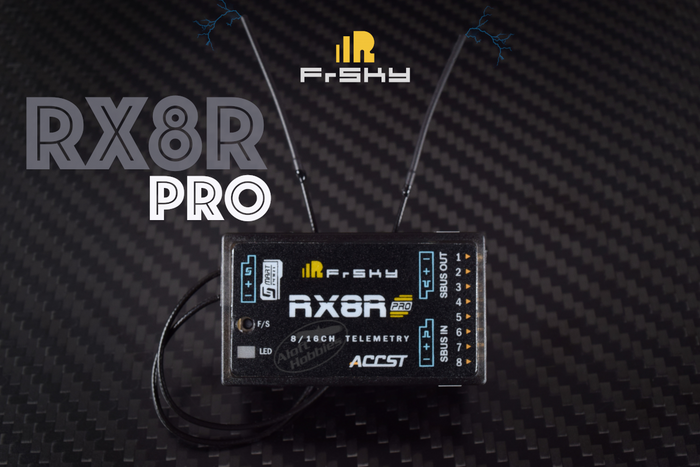 Have not arrived at this point in time. South African Post Office basically non existent

As good as it gets

This is a great little receiver. Aloft shipping is fast. Love dealing with them.

Love the FRSKY products and the service I get from Aloft Hobbies. The receivers are excellent and perform flawlessly